A few hundred exiles slept last night in what remains of the Calais shantytown between the destruction by the authorities and the fires. Of these, the minors who were not registered yesterday. These people are probably part of the “waste areas left free by the migrants” that a “cleaning company” is responsible for “cleaning,” as the Prefect of Pas-de-Calais stated yesterday. There will be no bus’s to the Reception and Orientation centers (CAO – see here, here, here and here), the registration of minors has been stopped, and the Prefecture announced at the beginning of the eviction that people who refused to leave were to be arrested and sent to detention centres to be deported from the territory, possibly to their country of origin (Afghanistan, Sudan, Eritrea, to take the main nationalities).

So this is what we risk today.

As time progresses, the unworthy character of this eviction presented as “humanitarian” becomes visible, as shown for example by these images.

The hours of waiting to enter the hangar where there is the sorting and registration of persons. 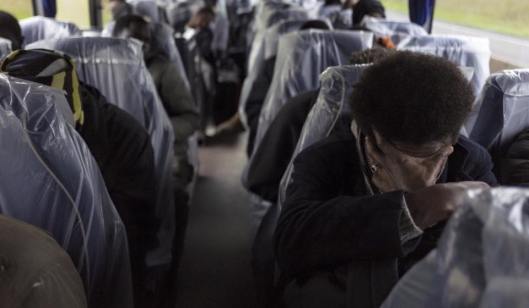 In the bus taking the Exiles to the Reception and Orientation centres , the seats are covered with plastic bags, in case “those people” would dirty them or infect them with diseases.

As for the reception conditions in some Reception and Orientation centres, this dispatch from Jungle News, created by Arte-TV that has been transmitting information from the shantytown, speaks for itself:

“Reception conditions unworthy in some CAO ?
A Sudanese exile, a political refugee, but who had no other choice but to live in the jungle of Calais for lack of housing, had decided to take a bus Monday morning for a CAO. He sent these photos of Feuguerolles, Eure, where he is “staying” with 45 comrades of misfortune.
Jungle news was cleared, like other media, to visit some CAO’s, selected by the state, but not all of them. At the sight of these pictures, we ask that a complete list of these centres is transmitted to the press and associations, and we can then independently investigate the reception conditions of migrants and refugees. ” 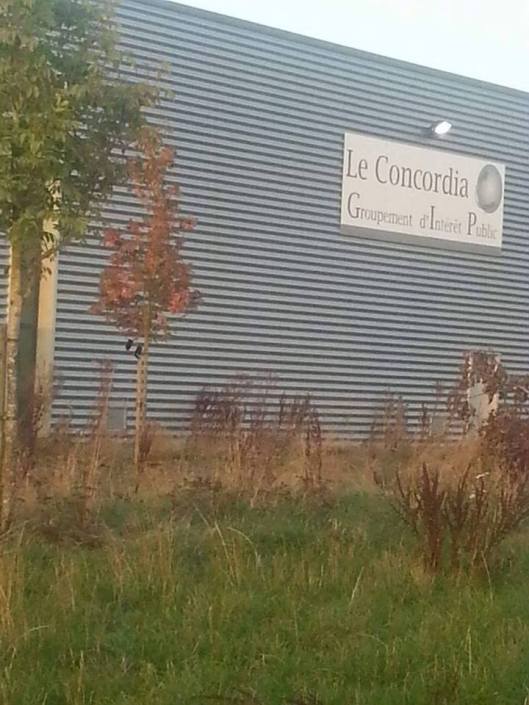 3 thoughts on “Destruction of the shantytown, undignified images”